To handle good and not to look indifferent to what is impending on our society, where crisis of values become economic crisis, environment and offended nature, people no longer free and controlled even in private because they become just a number to be manipulated and exploited through a widespread system of information systematically falsified for purposes of power and money.

It is with this stimulus, the opposite to the triumphal march of the prevailing and corrupted system, that we give life to concrete projects that represent the exact opposite of what we are forced to live, starting from Medjugorje and its territory extended to the Balkans until to reach also poor areas of Africa.

We call all those who share these principles and attitudes to join us freely, because the spaces of freedom and good are guaranteed to all, and every decision is widely shared. 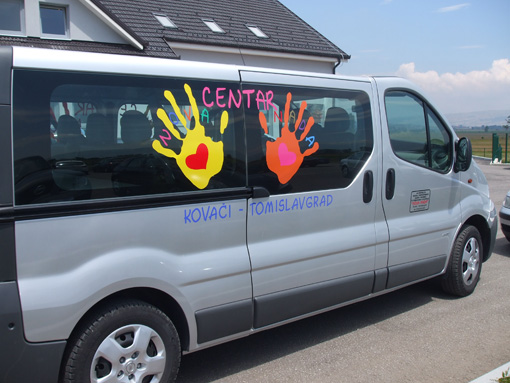 Some examples of engagement and projects:

Pre- and postoperative assistance to candidates for heart transplantation at the University of Padua under the guidance of the late Professor Vincenzo Gallucci, pioneer in this sector, and constitution on the initiative of Mrs. Marisa Maragno of ACTI, Association of Italian Cardio-transplantedd, then spread throughout Italy since the 80s.

Law initiatives related to medicinal specialties and disabilities followed, also for the children.

Continued aid in support of the works of Mother Teresa in Calcutta, represented by medicines, food, clothing, miscellaneous furnishings, etc.

Initiatives and projects launched by Marisa Maragno of Padua in collaboration with professionals and entrepreneurs close to her, and having overcome numerous bureaucratic and legal laces, a first four-level building was unfinished in the Bjakovici district of MEDJUGORJE, to host a Medical Centre that bears the name of “WELCOME TO LIFE – AMOR DEI MEDICAL CENTER”, like the homonymous non-profit association in the process of being established as Foundation and to which anyone who thinks positive and responsible for himself and for others can join.

Thanks to the collaboration of Institutions and volunteers, a Disability Centre was created and set up called NOVA NADA (= new hope) in Kovaci near Tomislavgrad, the capital of Herzegovina, about 70 km from Medjugorje, modern and equipped according to the latest standards in this field, Centre you can visit upon prior notice. In this way, unfortunately, many families with disabled children started to relieve themselves, probably due to the consequences of the war in Bosnia Herzegovina, Croatia and Serbia.

Thinking to operate with a policy of prevention and care of such situation, we prepared a program thanks the collaboration of prof. Carlo Foresta, well-known andrologist and endocrinologist of the University of Padua and founder of his homonymous Foundation, who has developed a tested monitoring and prevention system to determine which diseases or dysfunctions can afflict patients up to about 60 years of age . This project sees the participation of the University of Padua, that of Zagreb including the School of Medicine of Split (Croatia), the Hospital and the University of Mostar as well as the Hospital of Nova Bila (Bosnia Herzegovina), and will involve several thousands of young people born during the Balkan war that so many destructions brought.

More in the Projects section.